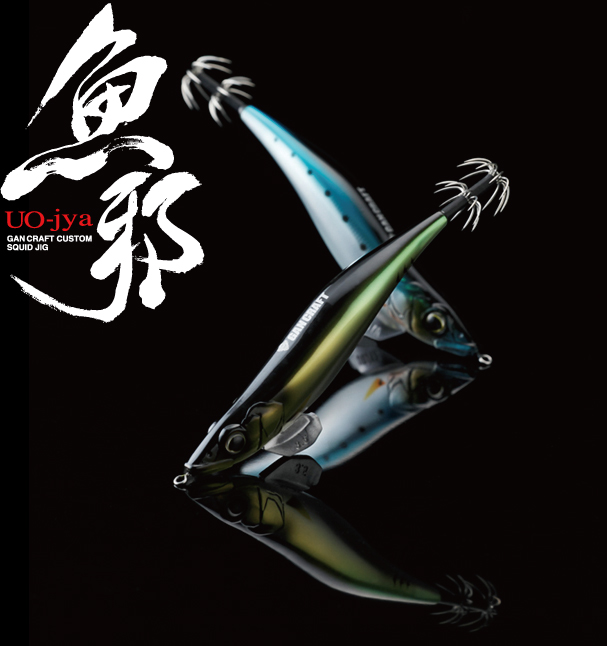 Catch the feeling of the fish

UO-jya is the new type of Egi with the super realistic fish body removing the current mainstream of existed Egi which has the cloth and the feather.
Removing the cloth and the feather from the body decreases the water resistance which makes the high speed of dart action possible. The fall speed during freefall goes up with maintaining the long time range keep during the curve fall same as Egijya. Removing the cloth increases the sensitivity of the body and makes the angler feel even the small contact of the squid efficiently.
Also, the super realistic body without the cloth & the feather and flashing effect by hologram and metallic coating attract the squid not only during action but also during the move less point like long stay.

Especially, UO-jya can appeal to the squid which is not sensitive to the Egi with cloth, so the rotation use of UO-jya and Egijya brings the good result.

The weight is newly designed to maximize its performance although the body shape with low resistance is the same as Egijya. The rolling swivel is used as for the line eye in order to control the excess rolling action and stabilize the posture.

Supposing the big dragging power of the squid, the bigger size of sharpened & tough hook than for the same size of Egijya 3.5 is adopted.